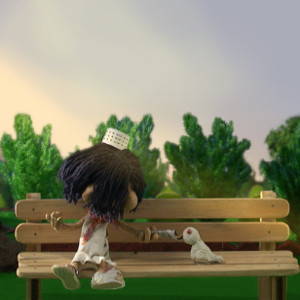 Bada Ganji, a street urchin is enjoying a lazy summer evening on a park bench. Suddenly there is an interruption – a big man, who bullies him off. Bada Ganji is humiliated and seeks revenge. Would his little plan, blessed with some luck be a success?

This film is product of a workshop conducted in February 2004 by Vaibhav Kumaresh, Mumbai; for the students of Animation Film Design at the National Institute of Design (NID), Ahmedabad, Gujarat, India.